The 2020 economic crisis: whether it will be worse than 2009 and what to expect for Ukraine. Infographics

The 20s of the 21st century were very similar to the 20s of the previous one: then the world was suffering from the Spanish flu epidemic and was heading for the Great Depression. Today we have a coronavirus pandemic and, according to the IMF, we are approaching the Great Depression 2.0. It is difficult to imagine the magnitude of such a crisis, but we may recall the recent economic downturn in 2009. And we will see that things were not so bad back then.

The Big Seven is a major economic benchmark for all countries in the world. These countries occupy leading positions in world exports and imports, so other countries are directly dependent on the state of their economy.

By the way, experts predicted the economic crisis last year, but developed countries managed to contain it by injecting money into markets through negative interest rates for banks, which were forced to invest money, not to pay for their saving. Such measures have caused much controversy because of their artificiality and the inflating of the stock bubble.

But now the crisis cannot be avoided, despite the fact that governments are actually giving away “free” money to stimulate consumption and trying to simplify the life of businesses through fiscal easing and subsidies. 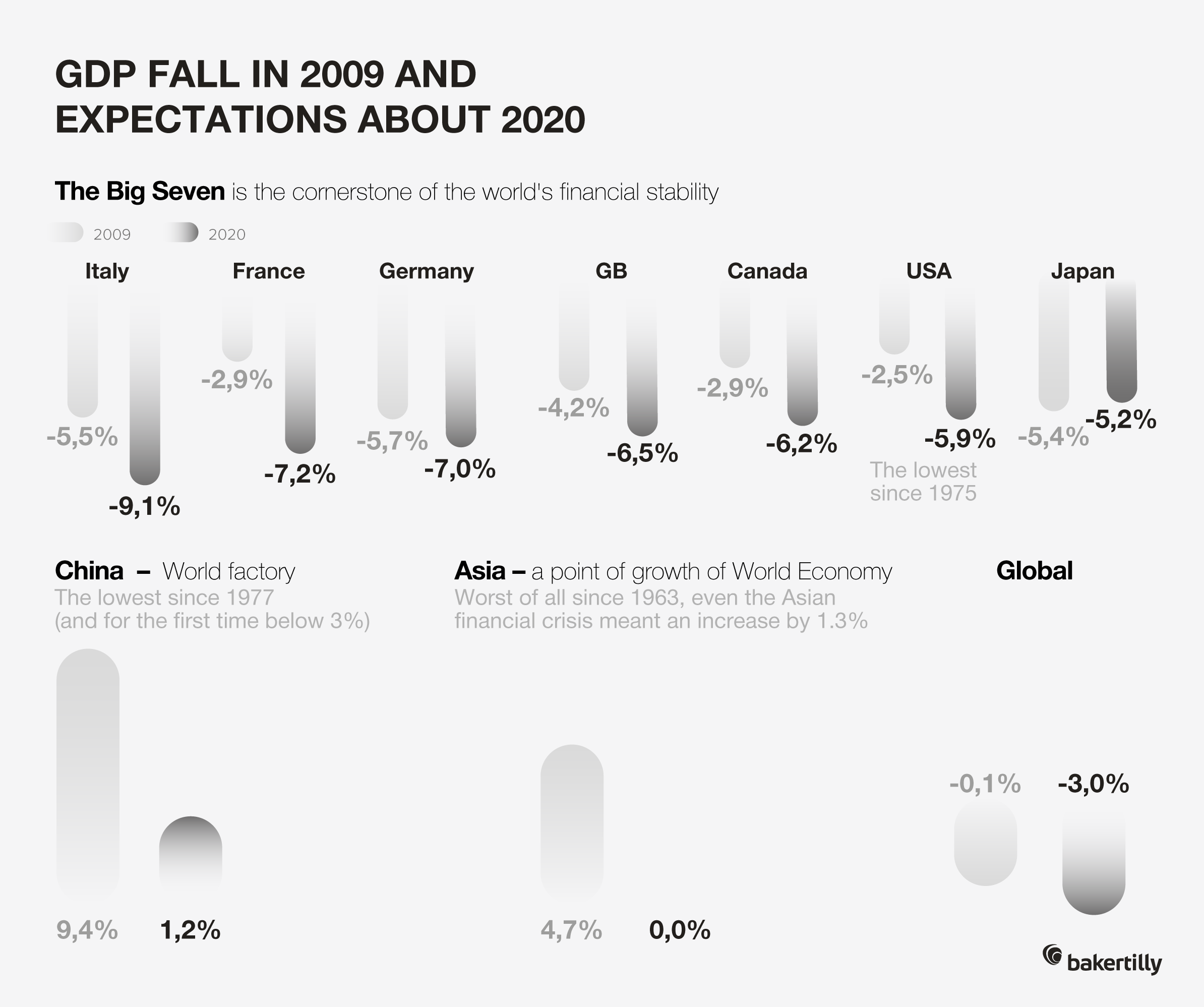 “The Great Lockdown” is a major blow to the global economy

In Ukraine 277,000 private entrepreneurs cannot work due to quarantine, and the official number of unemployed has increased by 400 thousand people (by unofficial estimates – by 1-1,3 million).

And if a month ago the International Labor Organization claimed the loss of 25 million jobs worldwide and less than in 2009, unemployment, it is now clear that these forecasts are not true – only in the US during quarantine 26 million people referred for the help with unemployment. Of course, the loss of the basic income of so many people will affect the consumption of goods and services, and this further drives the economy “depressed”. 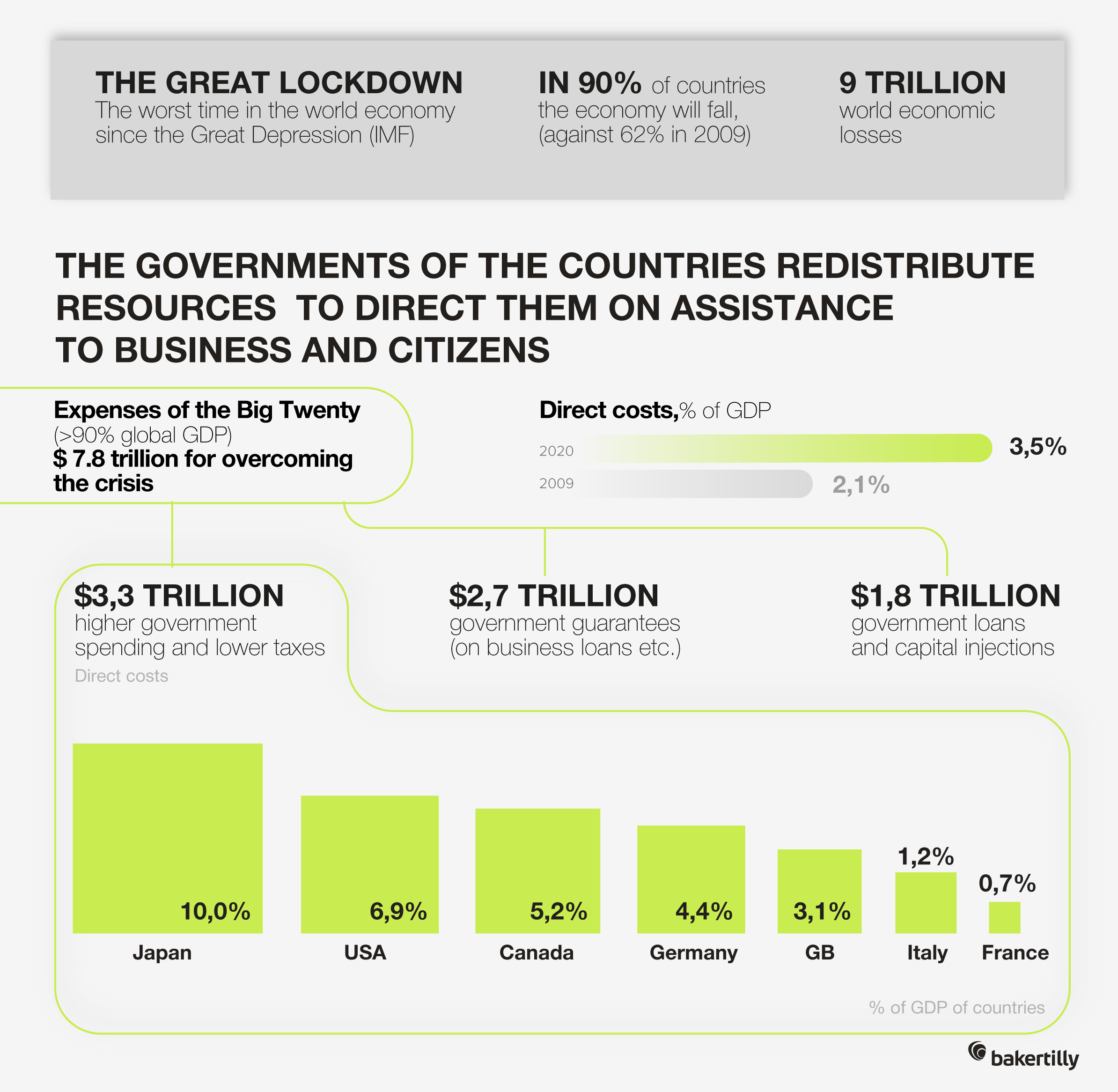 But for Ukraine, forecasts are better than the world – because we have a very “simple” economy 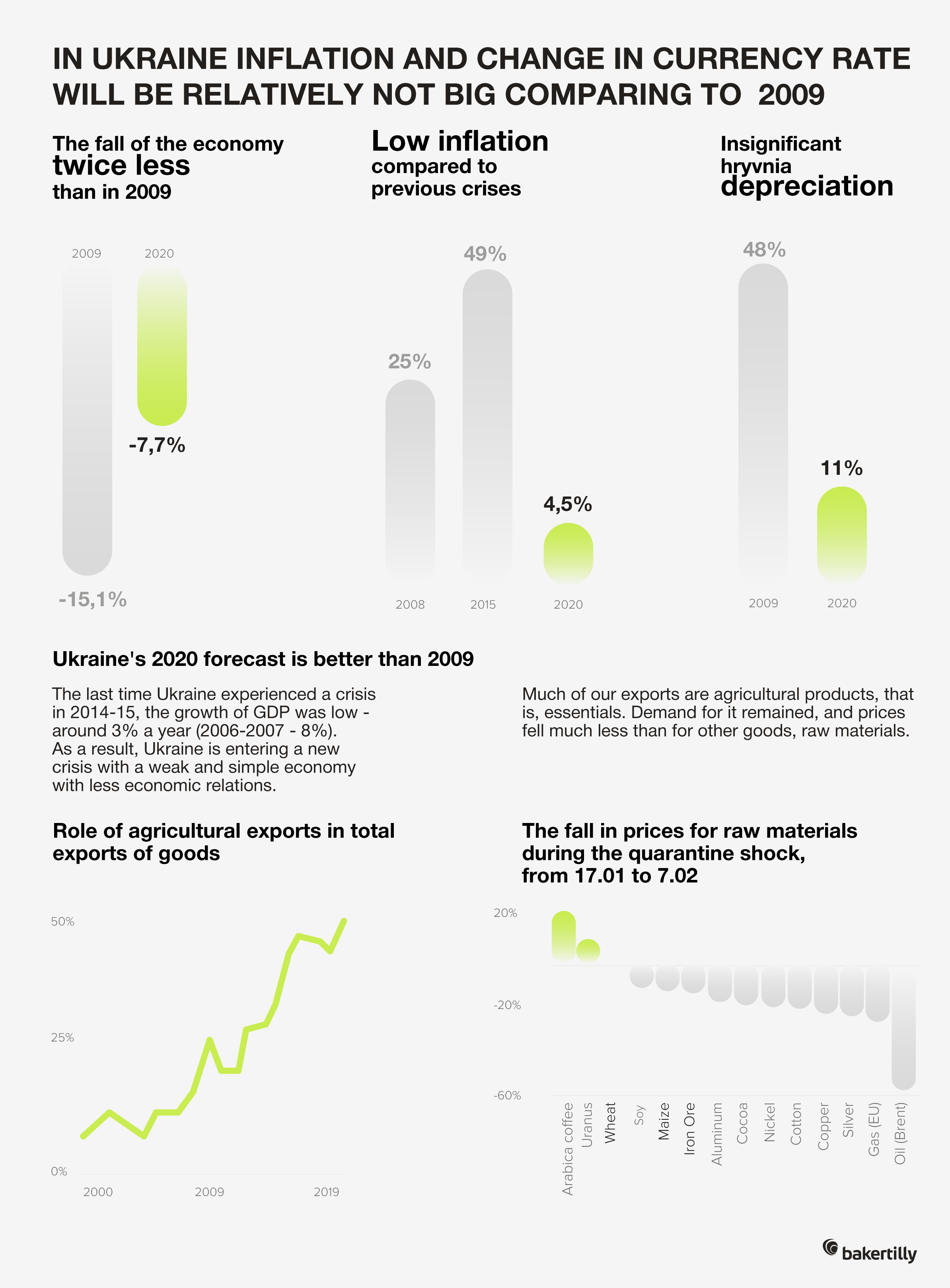 It can be said that Ukraine has not yet fully recovered after the 2009 crisis. We are a little dependent on investors and the stock exchange, and one of the main items of our exports is the simplest low-value agrarian products needed around the world. And if, in good times, this has been our drawback, hindering the development of the economy and raising the standard of living, now that people will only buy the essentials it can help us maintain stability.