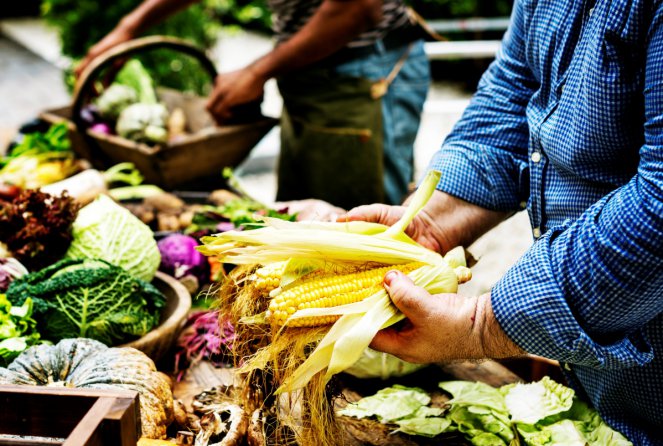 Beekeeping in Ukraine: achievements and perspectives of the industry’s development

The majority of honey produced in Ukraine goes for export. The volume of its export increases every year and in 2016 it reached its peak. This trend is explained by the low demand for honey on the internal market and a high demand on the external market where our product is competitive because of its low price. At the same time, achievements in the external trade don’t indicate that the sector is in good shape. On the contrary, Ukrainian beekeeping industry is amateur and we have to make it professional, in case we want to continue increasing the export. The main obstacle preventing us from achieving the aforementioned is Ukrainian legislation.

The European Union is the main market for Ukrainian honey. In 2016, 43 thousand tons of this product was exported to the European market – around 75% of the total export volume. Key factors are the accessibility of the European market as well as the low price of the Ukrainian honey – in 2016 it was even cheaper than a Chinese product. The demand for the honey is so high that its export quotas (5 thousand tons in 2016 and 5,2 thousand tons in 2017) are filled within 2-3 days. Ukrainian exporters say that 20 thousand tons would constitute a perfect quota. Though, EU protects its own honey producers and is obviously reluctant to offer such generous quotas. There is an agreement which foresees an increase of quota for 3 thousand tons per year until it reaches 14 thousand tons. Currently, the corresponding project is considered by the European Parliament. The EU market is something worth fighting for as 40% of consumers’ needs are satisfied there through import.

The USA market also looks promising. Only 30% of the demand there is satisfied by means of domestic production. That’s why this market is so competitive. For instance, India and Vietnam are actively competing for their share of this market. Ukraine also has a strong presence in USA market.

Every year Ukraine produces around 80 thousand tons of honey. Only 25-30 tons are consumed by the internal market, while the rest goes for export. Internal consumption of honey significantly reduced due to the economic depression and increase of export prices: the price of honey in EUR remained the same – 1,5 EUR, while its price in hryvna on the domestic market increased significantly – almost 3 times. As the honey isn’t an essential product Ukrainians remain reluctant to pay a high price for it and thus buy less. That’s why it’s more profitable for beekeepers to export their product.

Another issue of the internal market is the large share of counterfeit production. The major volume of honey is sold not via shops but directly by beekeepers and through pop-up vending. Such honey isn’t tested for the antibiotics in its content, as for individual beekeepers it’s expensive to conduct such tests – 2,500 UAH per 1 session. It’s just unprofitable to make such test for a 200-500 kg batch of honey. At the same time, market participants indicate that the volume of poor quality honey decreases every year. Furthermore, last year Ukrainian honey undergone the international certification and now meets international standard of food industry FSSC 22000. It will add points to the image of Ukrainian product among foreign importers.

Around 400 thousand people are engaged in beekeeping in Ukraine. That’s the biggest number in the world. It means that every 100th person in Ukraine is a beekeeper. Though, the effectiveness of the production is quite low. In Canada, for example, 7 thousand beekeepers produce 29 thousand tons of honey, while 400 thousand in Ukraine produce only 80 thousand tons. The productivity of 1 bee family in Canada is 50 kg of honey per year, while in Ukraine – 12-20 kg per year. Such difference is explained by the fact the honey production in Canada is organized on an industrial scale while in Ukraine the major production remains at the amateur level.

The production increase might be achieved through organizing cooperatives of beekeepers. The bee yard consisting of 3-10 beehives can produce the amount of honey sufficient only for the beekeeper’s family. Thus, such small-scale beekeeping is rather a hobby than a business. The beekeeping starts to bring profit if the bee yard consists of 100 or more bee families. Furthermore, beehives should also be modernized. As a rule, beekeepers use “Dadan” type of beehives – cumbersome and hard to transport structures, while the industrial scale bee yard should be moved around to change the mellifluous base. Thus, it’s necessary to switch for multiple-story beehives which already proved their effectiveness in USA and Canada.

Furthermore, the transition to the industrial level of production requires improvement of the honey quality. Beekeepers should be aware of EU quality standards. It will help to decrease the use of antibiotics, switch to the dewaxed production method and will prevent the collection of immature honey.

The business structure is another crucial factor. EU requires that the origin of exported honey could be traced up to the bee yard where it was collected. All the produced honey should be packed into standard containers and be accompanied with corresponding documents. It means that beekeepers shall bring the production of honey in line with European standards as soon as possible.

The key factor here is the plants farming which directly impacts the beekeeping. Without productive mellifluous base – i.e. plants reach for nectar and pollen – bees won’t have inputs for the honey production. Beekeepers from Poltava region already faced this problem. Farmers there increase cultivation of colza, soya, wheat, and corn, which results in the decrease of honey production.

Besides preservation and increase of mellifluous base, it’s necessary to take care of the quality of fertilizers. Pollen polluted with chemicals will result in low quality of honey which will not pass the certification procedure. Furthermore, excessive application of chemicals may lead to death of bees – from the beginning of 2017 800 bee families died in Ukraine. If small-scale farmers are easy to convince, big agricultural holdings are not willing to compromise and ignore beekeepers demands.

The situation may improve in case the solution to the issue of plants fertilization and their further safe pollination will be found. Furthermore, state environmental bodies should start supporting and developing the mellifluous base.

Ukrainian beekeeping industry is definitely on the rise. Though, in order to make its development sustainable, beekeepers and the state have to implement the systematic approach. While farmers should switch to European standards of production, the state should start protecting the industry. Without such steps, all talks about expansion to foreign markets will remain cheap.

In case you were planning to invest in the agricultrue, give beekeeping a try. From the point of view of industrial production, this sector is quite young and thus has a big development potential. Even without a developed internal market, the bee yard with 100 beehives will start to bring profit within around 3 years. In case you start now, by the time of industry intensive development you’ll have systematically growing business.