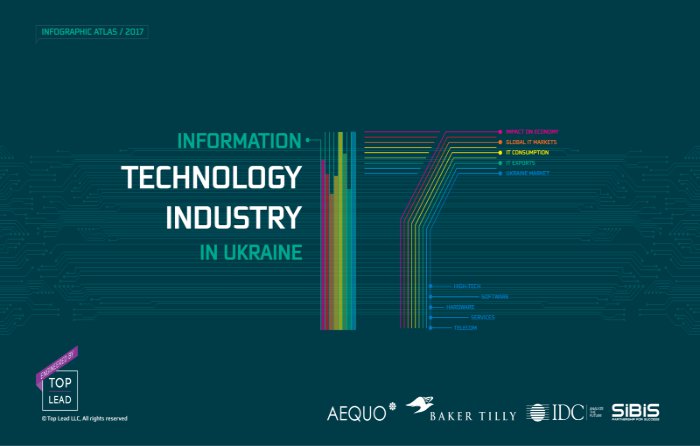 5 Infographics about the IT Industry Invasion of the Economy

Information technologies develop fast – this industry outperformed former leaders just within several years. Furthermore, high development dynamics is demonstrated even by those companies, which simply implement but don’t develop technologies. Even though Ukrainian IT sector is also growing, it still looks very modest if compared with Polish for example, which is far away from being among world’s leading IT sectors.

IT is the fastest growing industry

Today technological business is the investors’ favorite child. Traditional sectors once leading in revenue, capitalization, and income – banking, manufacturing, and oil extraction – have given way to technological companies. For example, the revenue of oil giant ExxonMobil has decreased by 78% within last 10 years, while Apple increased its revenues by 3322% during the same period of time. Furthermore, Amazon demonstrated that not only IT companies can perform exceptionally, but those who simply apply technologies in their business models as well can grow fast. 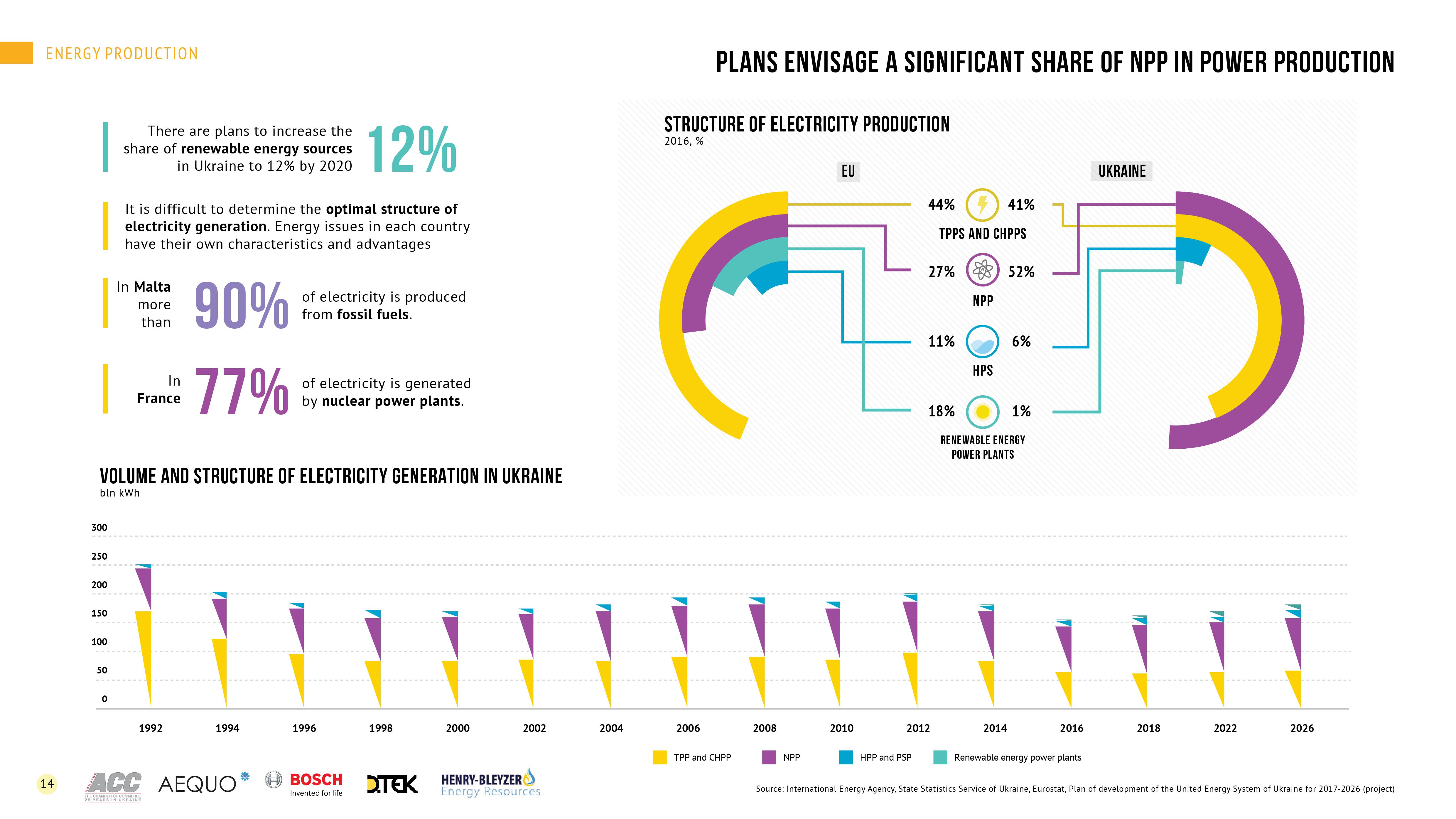 It seems that it’s hard to imagine a more technological sphere than space industry. Nevertheless, it can be further improved with technologies. In 2012 SpaceX entered the market of space crafts and rockets launch having proposed the technology of reusable rockets. After the launch, the rocket carrier returns to the Earth and thus removes the need to build a new rocket. As the result, space industry clients save hundreds of millions of dollars.

Though the major consequence is the complete market overhaul: SpaceX diminished the market share of Russia by 5 times and squeezed out “Sea Launch” company which was co-founded by Ukrainian “Pivdenmash” and KB “Pivdenne”. 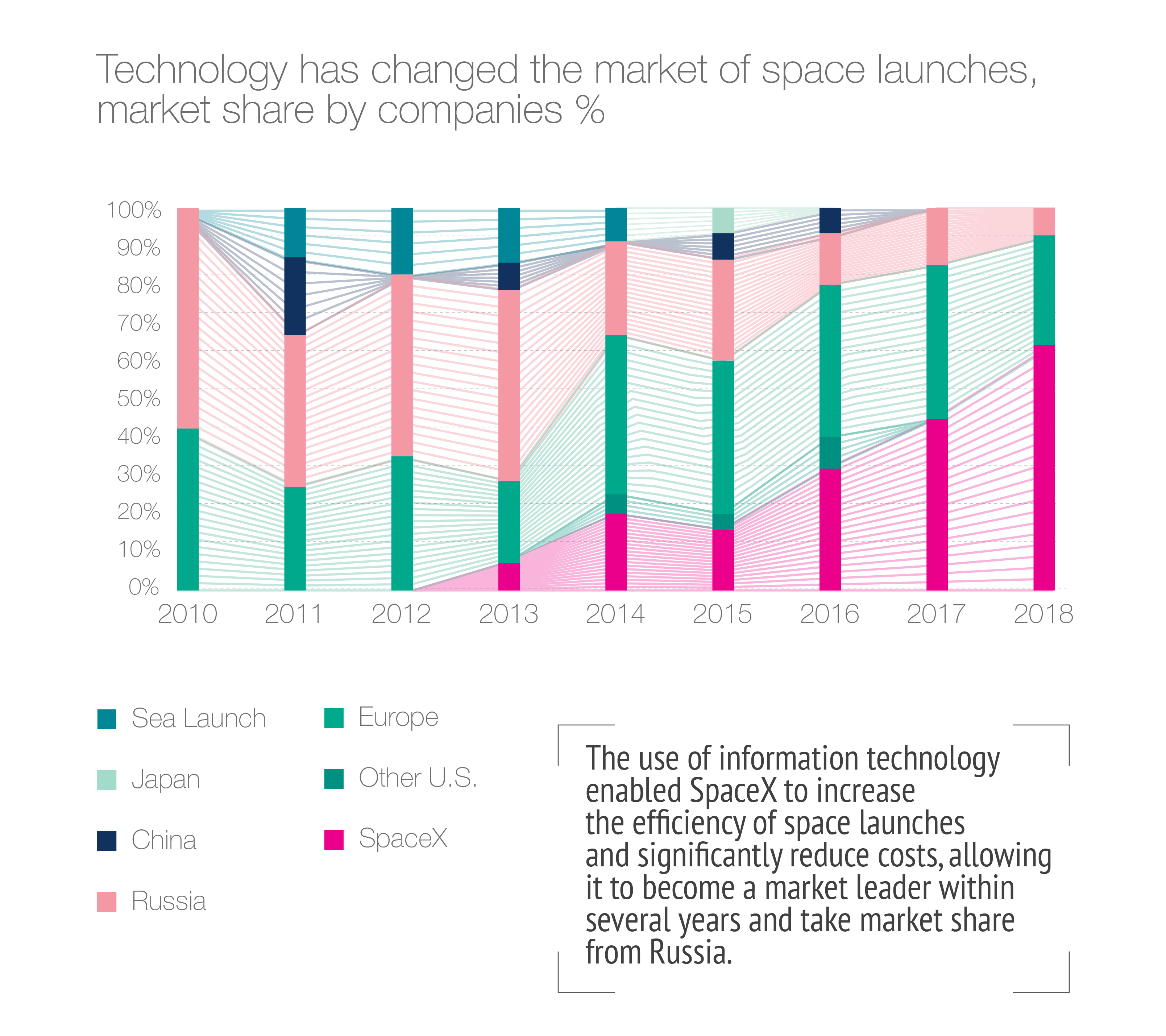 Ukraine is a minor player in the global IT market

3 billion USD worth of export may sound like a lot of money but in fact, it’s the same volume as in Morocco and Costa-Rica. For example, the volume of Polish IT export is 4,5 times larger – 16 billion USD while market leaders’ export figures top over 100 billion USD. 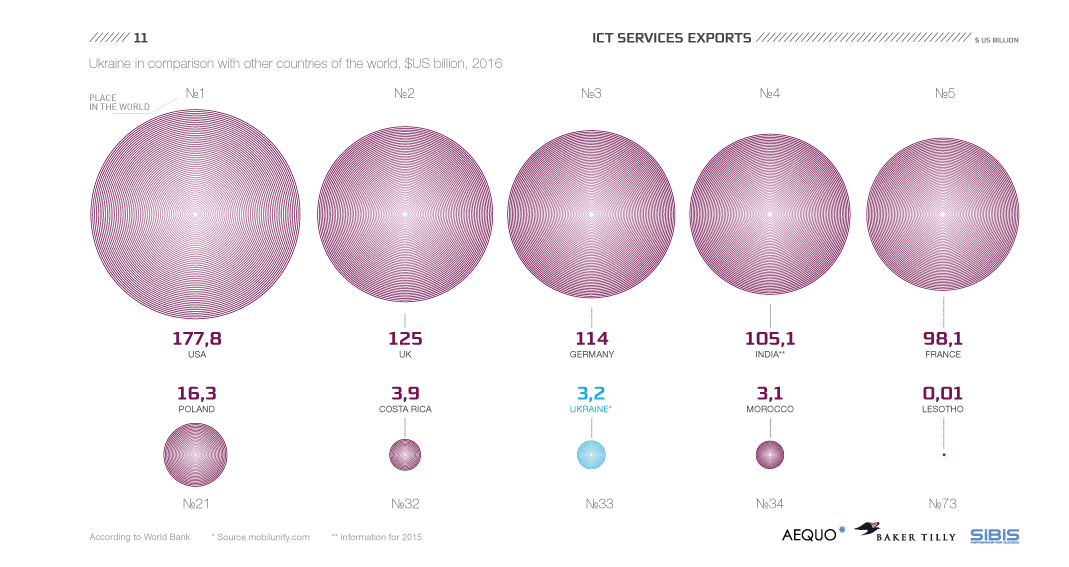 Ukraine is a poor country with outdated technologies

Ukraine has a very low GDP and as a result scarce IT expenditures – 32 USD per capita. It puts us in one row with India and Indonesia which, though, have a far larger population – 1,3 billion and 261 million people accordingly, while there is only 42 million citizen in Ukraine. In Poland, where there is only 4 million people less than in Ukraine, the IT expenditures per capita amount to 278 USD, which is 8,6 times higher than in our country. 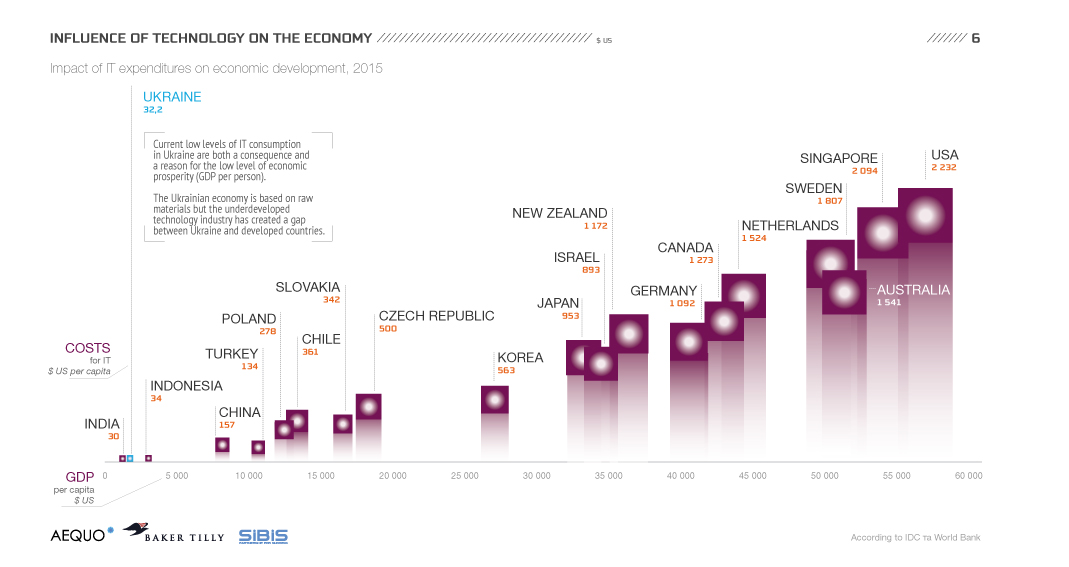 In 2016 the Ukrainian IT market demonstrated 21% growth

Even though we occupy a small share of the global IT market, our internal market grew up for 21% in 2016. The biggest driver of the growth was the hardware market which added 0,3%.

Further IT growth requires investments. If private business isn’t ready to take the responsibility, the government may consider taking the initiative. Even though Ukrainian government always used to be a doubtful investor, today there are some positive examples of IT initiatives support by the state: Prozzoro, iGov, the transition of registers to blockchain technology, etc. 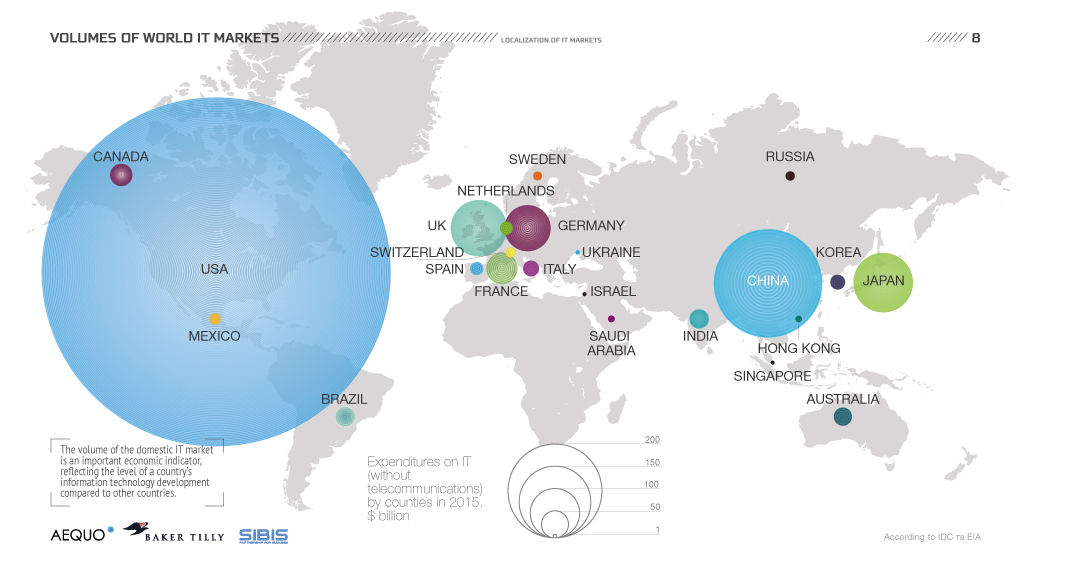 The 21st-century economy is built on technologies. A long time ago resources of our country ensured the functioning of different industrial sectors and the applied equipment was up-to-date.  Though, today the key resource is people with skills and knowledge. In order to convert this resource into the improved welfare of Ukrainian citizens we don’t need machinery and blast furnaces, instead, we should foster a relevant business environment which will increase the investment attractiveness of Ukraine.

There are a lot of qualified IT experts in Ukraine who are able not only to code but to create products as well. All we need to do is to develop an attractive business environment to encourage them to create these products in Ukraine and not abroad.

It’s difficult to figure out how IT industry works. In order to help our clients understand the value of information technologies for their business, Baker Tilly Ukraine supported the development of “Ukrainian IT Industry” atlas. You can download it by clicking the banner below.

This Atlas was prepared by content-marketing agency Top Lead in cooperation with IDC research agency as well as partners: AEQUO Law Firm and such companies as Baker Tilly and SI BIS. The key media partner – Business Views.