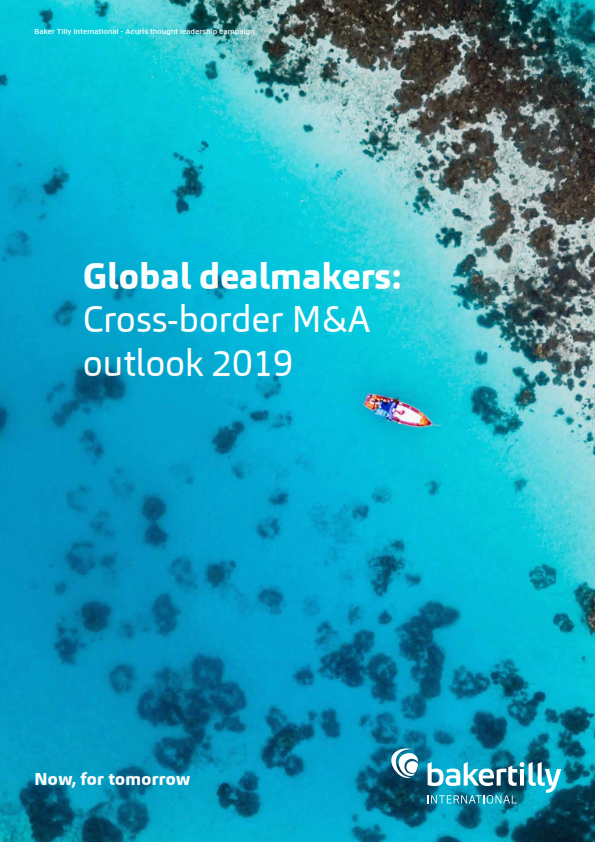 Global dealmakers: cross-border M&A outlook for 2019 and beyond

Likewise, while M&A volumes have slowed – declining 12 percent from H1 and H2 2019 to some of the lowest levels since 2015 – viewed within the historical context, dealmaking remains robust and it could continue to be so into the year ahead.

To analise current trends and tendencies on M&A market Baker Tilly International with Mergermarket conducted research to interview 150 dealmakers from across the globe. Some of the key findings include:

This article was originally published by Baker Tilly International.