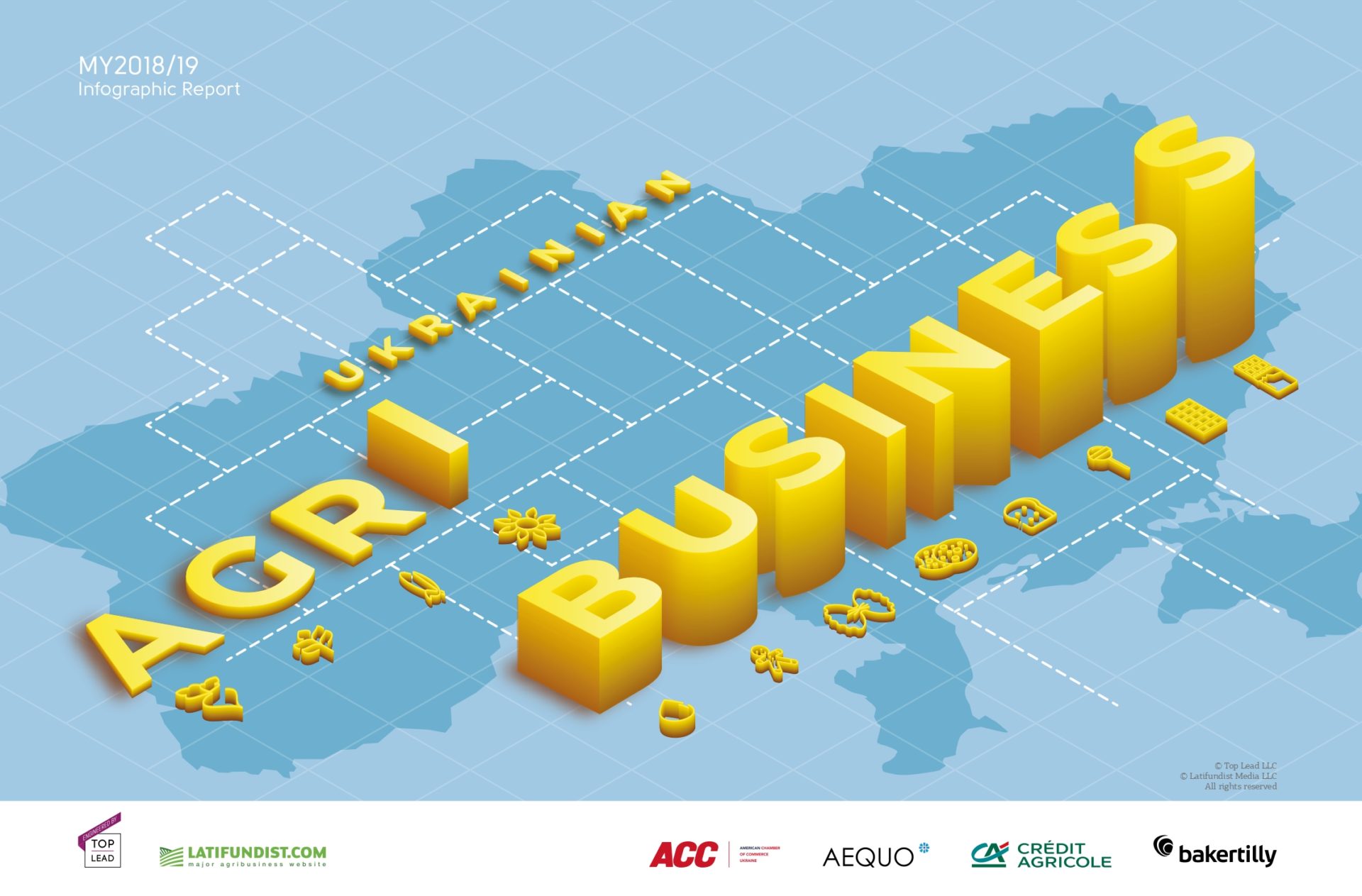 “Ukrainian Agri Business”: Review of the Sixth Edition of the Infographic Guide

With the support from Baker Tilly the sixth edition of the infographic guide “Agri business in Ukraine” was issued. 42 pages of fresh infographics will help you better understand the contemporary Ukrainian agribusiness. In the new edition we put a particular emphasis on financial side of the matter – loans, investments and support of agricultural sector by the government. 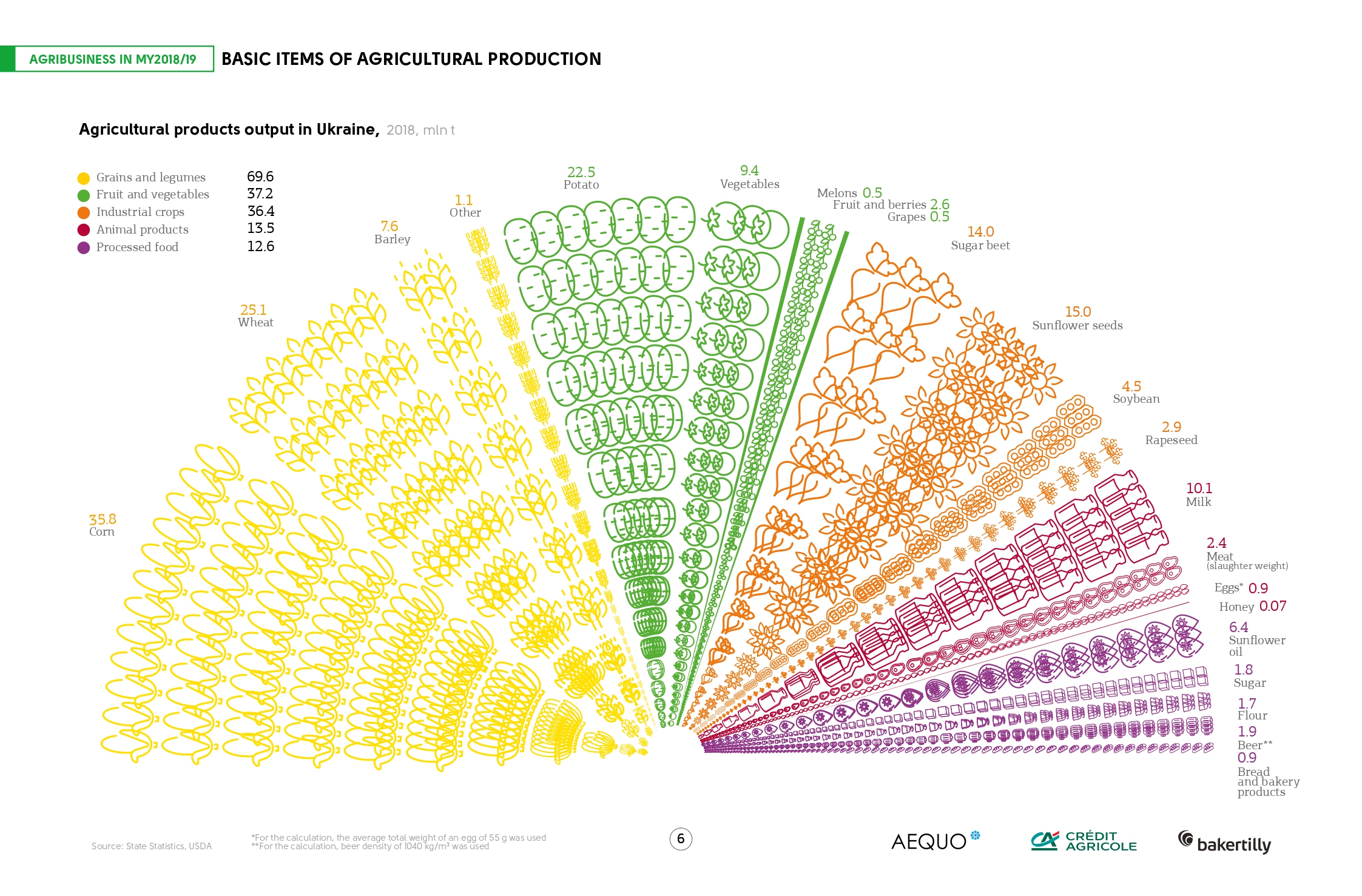 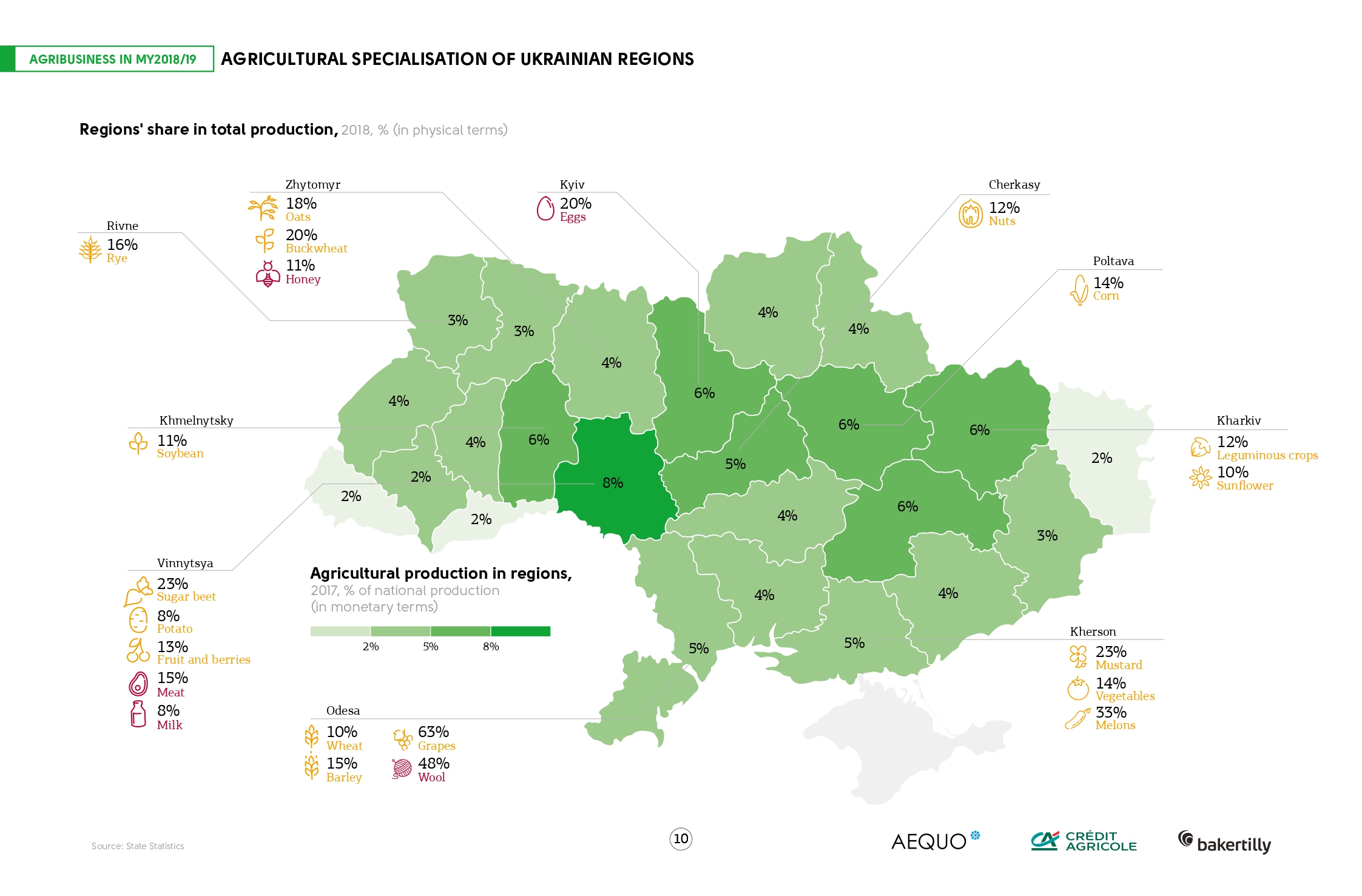 Vinnytsya region is responsible for the 8% of the total volume of agricultural production in the country. 23% of sweet beetroots, 15% of meat and 13% of fruits and berries are produced there. Odessa is leading in wool production (48%), while Kyiv region dominates the eggs production industry (20%).

The organic agricultural production market is on the rise 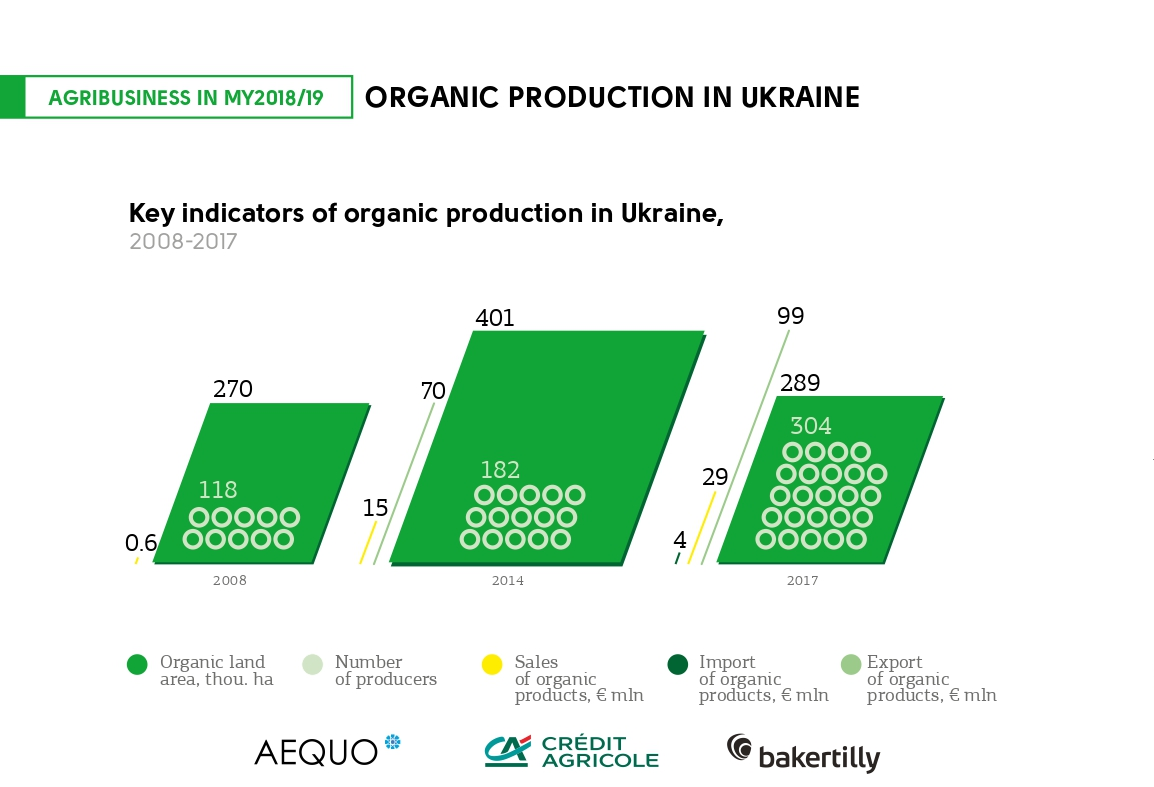 Even though areas dedicated to the organic farming shrunk, the number of producers, production and sales volumes have increased. In 2017, 289 organic producers were registered, compared to 182 in 2014.

The volume of investments in agricultural sector stabilized

In 2018 the largest investors in the Ukrainian agricultural sector were Cyprus ($138 millions), British Virgin Islands ($85 millions) and Germany ($81 million).

Crediting of the sector increases 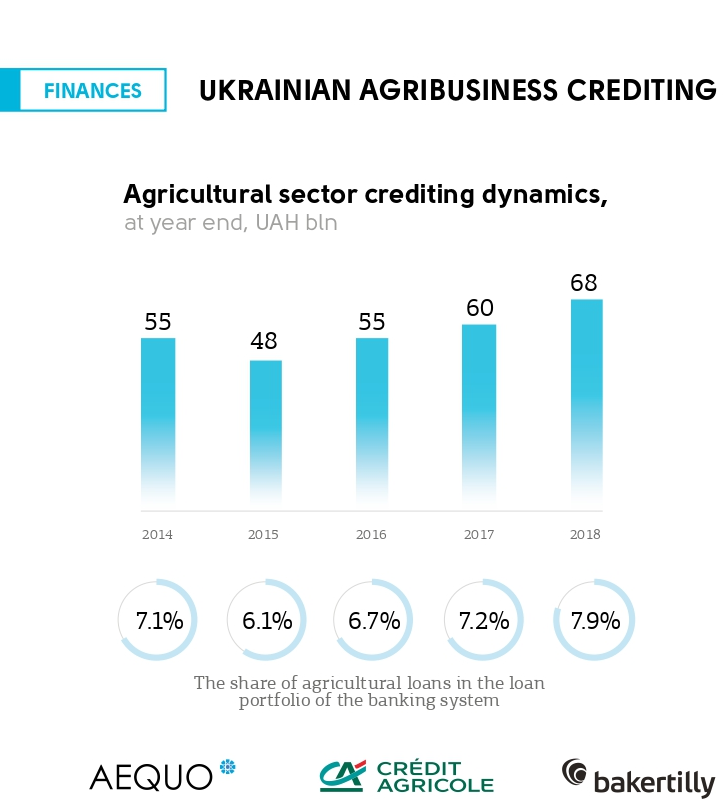 During last years the crediting of the sector has been gradually increasing both in terms of allocated money and its share in the banks’ loan portfolios. Around UAH 68 billion in loans were provided to agricultural sector in 2018.

Learn more about the Ukrainian agricultural sector from the guide “Ukrainian Agri Business”.

You can download the English version of the guide here.

You can download the Ukrainian version of the guide here.