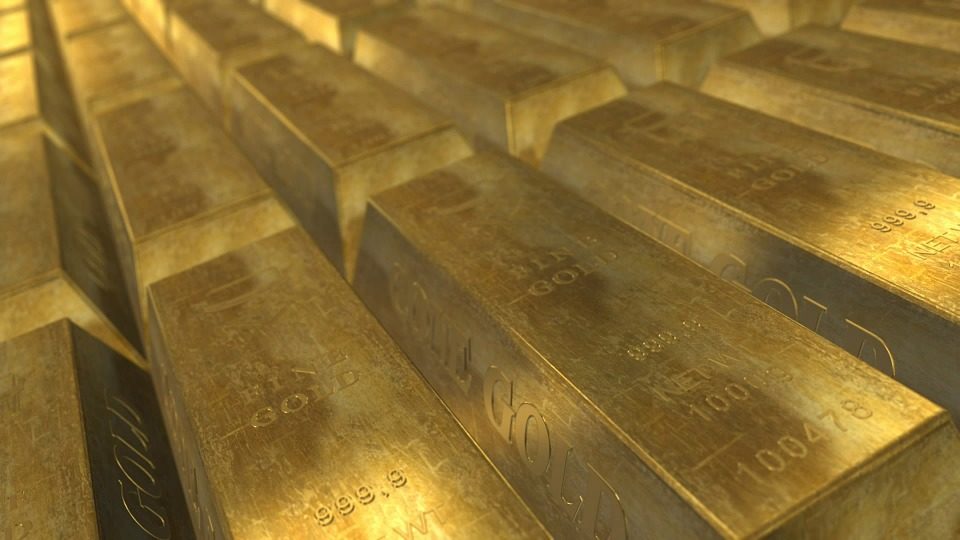 When you are stuck in one place, there’s plenty of time to dream of where you would rather be — and for thousands of wealthy global citizens, the pandemic gave them time to do just that.

It’s triggered a surge in interest in so-called Golden Visa schemes, used by some countries to reward investment with some form of citizen or residence status.
And while the practice is something the European Union would prefer to be phased out, some of the countries to benefit most include Portugal, Cyprus and Greece.

Those countries now say they are relaunching schemes, with additional protections in place designed to offset concerns about misuse and corruption. And while these remain concerns in the governance and monitoring of visa schemes, the investment that comes with golden visas is hard to resist.

As recently as February, Portugal’s government was opting to scale back its hugely popular golden visa program, to divert demand away from the overheated Lisbon property market to other, more rural areas.

“Although the heat in the property market can hardly be regarded as something only occurring in Portugal, there are some political sectors that seem to be using foreign investment as a scapegoat for this phenomenon”,–  said José Pedro Freitas.

In 2019 alone, investments associated with the scheme in Portugal pumped a staggering €742 million into the Portuguese economy. Most investors came from China, Brazil, Turkey, South Africa and Russia.
The proposed changes would have limited property sales to those outside Lisbon and Oporto, and impose a 10% tax on foreign-source pension income for ‘non-habitual residents’.

Jump ahead to May 2020, however, and 2019’s demand has been eclipsed. Demand for golden visas has tripled year-on-year, according to the country’s Foreigners and Border Service, making it the strongest month since early 2017.
José Pedro Freitas, an Associate Partner and tax specialist at Baker Tilly Portugal, says foreign investment has always been welcomed.

“Although the heat in the property market can hardly be regarded as something only occurring in Portugal, there are some political sectors that seem to be using foreign investment as a scapegoat for this phenomenon, leaving aside other reasons, such as record low interest rates and low unemployment,”– he says.

“Notwithstanding this, we understand that the vast majority of the population is aware that the upsides of foreign investment, increase in tourism and in the foreign nationals that choose to live in Portugal, especially on employment and income, more than compensate the respective disadvantages.”

He believes the changes to the NHR scheme are likely to be welcomed by the population but also by the market itself.

“Although no one likes to pay more taxes, the tax burden still remains very low and the difference between zero and that small amount will allow a better distinction between real decisions to live in Portugal and opportunistic and not so truthful investments,”– he says.

“In addition, the changes in the regime add legal certainty in specific rules concerning the withdraw of employer pensions”.

Mr Freitas says factors such as these mean Portugal is still an attractive place for investment.

“Portugal’s appeal does not rely on tax advantages, although we reckon that these draw a lot of attention,”– he says.

“The friendliness of the population, safety all around, great weather, good healthcare and infrastructure, high number of English-speaking residents or food and wine are some top advantages”. 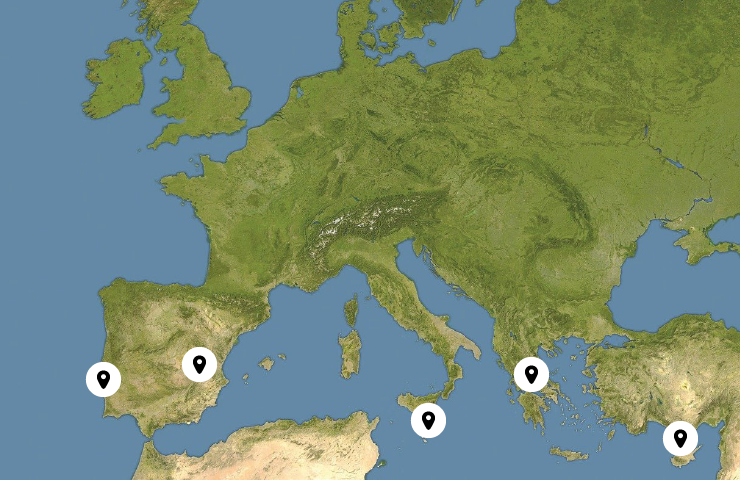 The proposed changes were due to come into effect in 2021 but have been postponed as the Government reorganised its priorities in the wake of the COVID-19 emergency.

Greece is another country where visa demand has previously drawn criticism, but it is looking to relaunch the scheme after the sudden onset of the coronavirus pandemic in the first few months of 2020 cut demand virtually overnight.
The program is set for its first annual decline since it was introduced in 2014, after ‘practically no new transactions’ in the first quarter of the year, with the deputy Finance Minister of Greece, Theodoros Skylakakis, seeing it as an opportunity to jumpstart an economy battered by the loss of tourism.

The Bank of Greece Deputy Governor Theodoros Mitrakos believes investors may take a wait-and-see approach, however, he does expect Greece to remain on the radar of foreign investors.

Italy ramped up its program at the end of May as its lockdowns started lifting, reducing minimum investment requirements of two ‘residence by investment’ options by 50% as work begins to restart the economy.

Widely, there is evidence that demand for golden visas is increasing. Investment migration consultancy La Vida recently surveyed over 30,000 investors who had registered interest in either residency or citizenship through investment. When asked if the COVID-19 had influenced their likelihood of considering a programme, 36.9% of respondents said this was now either ‘more likely’ or a ‘lot more likely’.
Investors may yet choose to steer clear but historically, the investment migration business has always been considered one of the first sectors to benefit from global crises. Over the years it has seen strong increases in response to financial crises, wars and revolutions, natural disasters, nuclear incidents and other catastrophes.

Standing out in a jungle of schemes 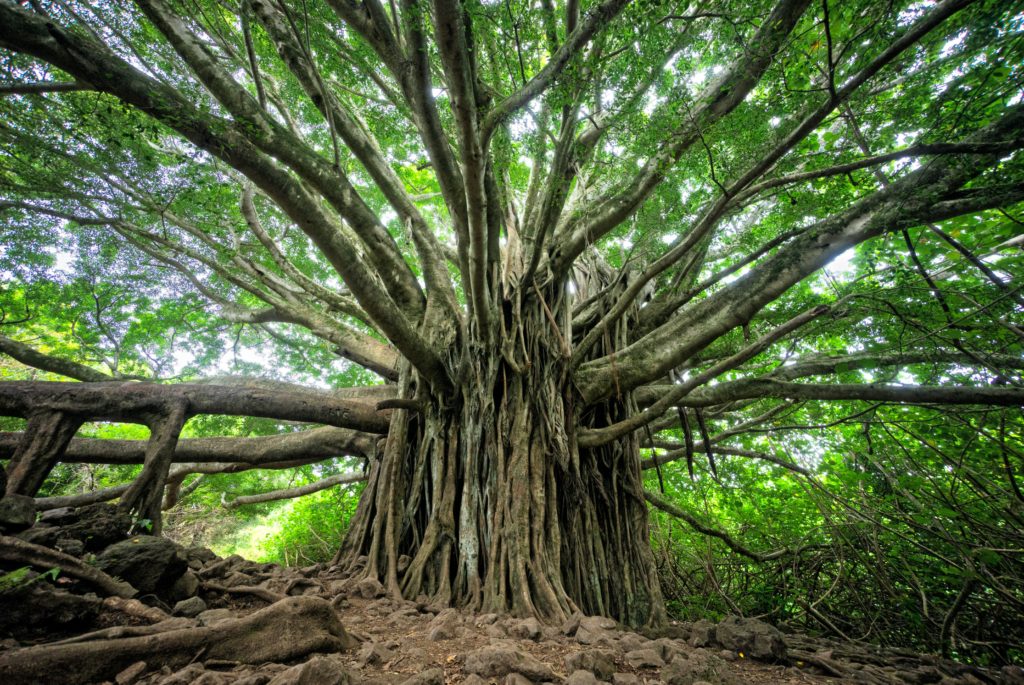 The issuing of golden visas expanded dramatically between 2010 and 2015 and many countries now offer residency, immigration and citizenship by investment.

In the forest of countries offering citizenship by investment, Uruguay’s offering was initially unremarkable and seen by some as uncompetitive.

“These proposals are viewed as an excellent way to expand Uruguayan internal and external businesses, provide exponential economic growth, and attractive for foreign companies and multinationals to invest in Uruguay”, – said Juan Tuneu.

Requirements included spending more than 183 days a year in the country and purchasing real estate worth more than $1.8 million, or investing over $5.4 million.
After the election of President Luis Lacalle Pou in March 2020, and the publication of a new Presidential Decree in July, several changes were introduced.
Uruguayan Tax Residency now requires one of two options. A person can purchase property worth greater than US$380.000 and have a physical permanence in Uruguay of at least 60 days a year.

Alternatively, they can invest in business activity, directly or indirectly, for at least US$1.6 million. Under this scenario, they are also obliged to generate at least 15 new full-time jobs.

Tax residence is obtained and recognised via a tax residence certificate under the Dirección General Impositiva in Spanish.

Juan Tuneu, a legal assistant at Baker Tilly Uruguay, says there is a desire to position Uruguay as a secure and attractive country for foreigners to live and invest in, which will help boost the Uruguayan economy.

“These proposals are viewed as an excellent way to expand Uruguayan internal and external businesses, provide exponential economic growth, and attractive for foreign companies and multinationals to invest in Uruguay,”– he says.

Since 2015 onwards, Uruguayan residency has been in demand, mainly citizens from Venezuela, Cuba, Argentina and Brazil. They obtained Uruguayan legal and fiscal residency due to tax benefits granted to new residents and the attractiveness of life in this country. “We strongly believe Uruguay has the capacity to become one of the most attractive countries in South America to invest in, and hopefully this is the beginning of something great”.

In Spain, golden visas are typically granted in exchange for investments in real estate, state bonds, being highly qualified professional, or moving a certain company to Spain.

China is one of the most prominent nationalities for citizens receiving a golden visa and Spain is high among the preferred destinations. Chinese citizens have been granted 8202 permits in Spain since the Entrepreneurs Support Act began in 2013, according to information from the General Secretariat for immigration.
That figure is well above the next most common nationalities – India (3169), Russia (2698), the United States (2657) and Brazil (2283).

There are still several of unknowns that will affect how quickly investment immigration recovers.

Although the demand from China will be high, the Chinese economy has suffered a huge hit and Chinese nationals’ buying power has plummeted. Any opportunity to sell a business or a property, in exchange for a significant investment abroad has evaporated.

The UK last year saw 360 people take up its relatively expensive golden visa — GBP2 million for a Tier 1 Investor Visa — but equally thousands more have applied for citizenship of other European countries before Brexit.

Visa investment pays off for Cyprus 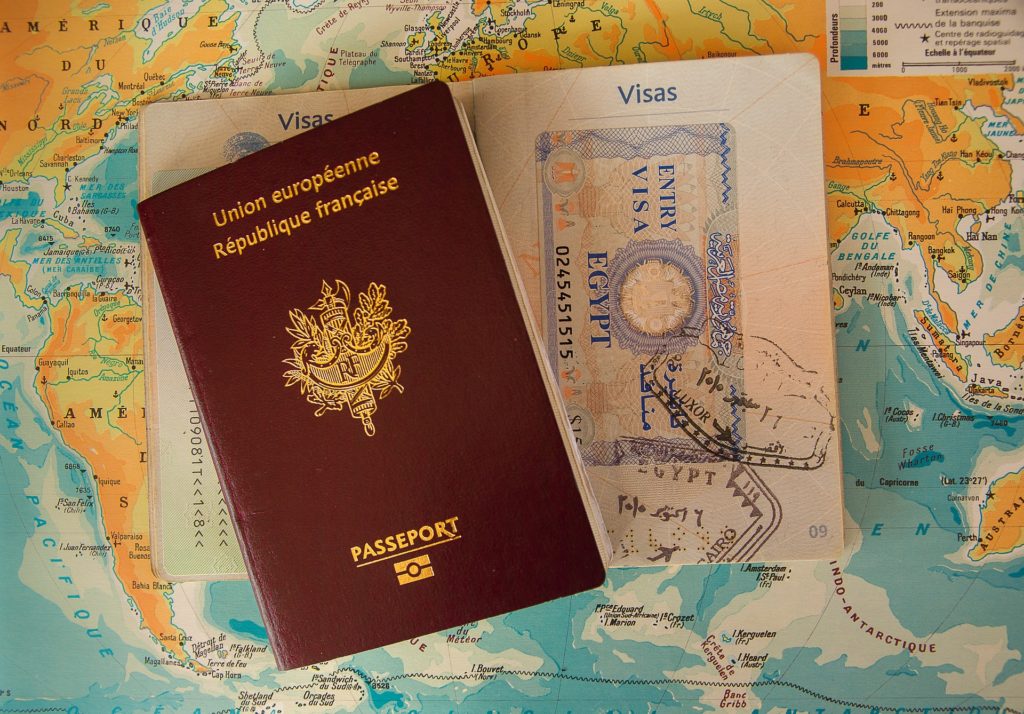 The Cyprus citizenship-by-investment program has been in existence since 2002 but until 2013, investors had to come up with at least €10 million to obtain a Cyprus passport.

Following the decline of its economy during the global financial crisis, Cyprus lowered the minimum investment requirement to €3 million in 2013, then again to €2 million in September 2016.

The program has become one of the most popular and attractive for high net worth investors globally. The total amount of money invested under the scheme reached approximately €6.64 billion between 2013 and 2018 which is considered material to the economy of Cyprus.

“Brexit has resulted in re-allocation of businesses in the shipping sector with a number of shipping companies setting up subsidiaries in Cyprus and transferring part of their business in order to keep enjoying the benefits provided by an EU-member state”, – said Savvas M Klitou.

Cyprus is one of three countries, with Malta and Bulgaria, that offer passports for investments.

Similar to other schemes around the world the majority of investors into Cyprus bought real estate, which has supported that market and helped Cyprus overcome the financial crisis in 2013.

Director of Tax Advisory Services and Regional Coordinator at Baker Tilly Klitou and Partners in Cyprus, Savvas M Klitou, says the Cyprus program, although impacted by COVID-19, was also supported by ongoing, pre-existing drivers including Britons wanting to maintain an EU connection post Brexit, and Cypriots living internationally wanting to ensure citizenship to their home country.
“Brexit has resulted in re-allocation of businesses in the shipping sector with a number of shipping companies setting up subsidiaries in Cyprus and transferring part of their business in order to keep enjoying the benefits provided by an EU-member state,” Mr Klitou says.

“There has also been movement with investment fund managers from the United Kingdom where, especially in the case of small funds, the fact that establishing and operating an investment fund in Cyprus is considerably lower cost compared with Ireland or Luxembourg. At the same time, an indirect benefit from Brexit is the fact that many Cypriots who are permanent residents in the UK and do not have Cypriot citizenship have rushed over the recent past years to secure one”.

Cyprus has avoided many of the criticisms of other countries’ schemes that were allegedly abused by international criminal gangs to launder money and illegally move capital.

Mr Klitou says there is a risk to a country’s reputation from possible misuse of the schemes, although Cyprus is well respected for its level of regulatory oversight.
“Safeguards have been introduced since the scheme’s inception and are frequently updated in order to avoid abuse,” Mr Klitou explains.

External consultants from abroad have been engaged to carry out all due diligence checks for applicants, and this has been reinforced with a process to revoke citizenships for anyone who has abused the scheme and has not complied to the requirements set out.

“Due to the nature of the investor target group, which is High Net Wealth Individuals, the investment program carries a high level of risk when processing an application. Uniform due diligence checks are in place (carried out by banks and licenced professionals) and particular attention is paid to addressing all risks of possible money laundering where the wealth and funds are verified during an audit”.