Experts predicted the economic crisis in 2019, but developed countries were able to hold themselves and hold everyone. Although the growth of the world economy has been the lowest in the last 10 years – 2.3%, and 2020 brought with it what no one could have predicted – a pandemic. And if previously extremely negative forecasts showed a slowdown of the world economy to 1.8%, now the figure is 1.5%.

Many companies in all countries of the world have been forced to stop operating due to quarantine. It would seem that those who can work remotely are lucky. But they are lucky just because they are not idle. Still, they will face the same problems as others: demand and supply crises. That is, goods and services have already started and will be produced and consumed even less. 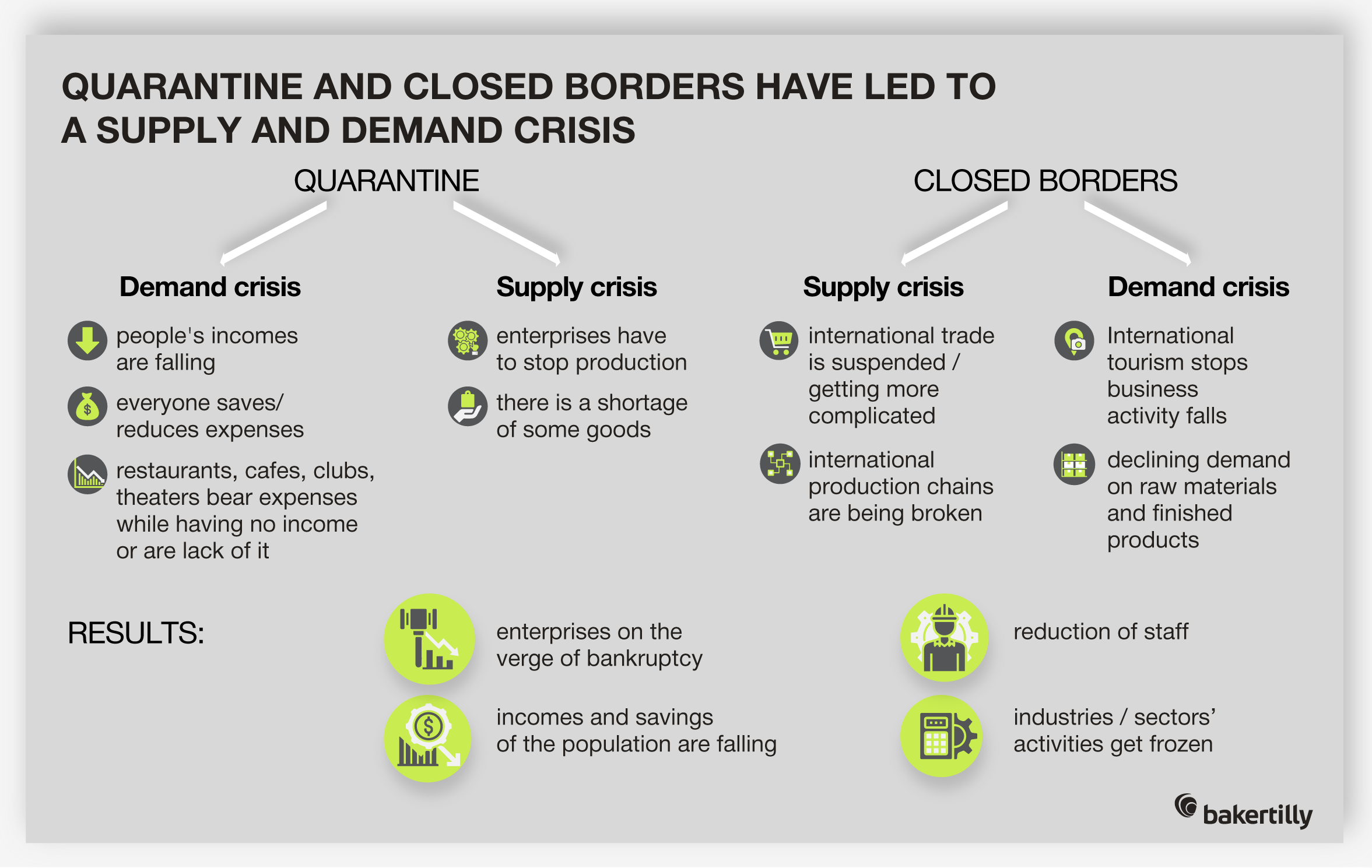 It reflects only the general mood of capital, but the dynamics of the stock market can tell whether the economy will grow or stagnate. 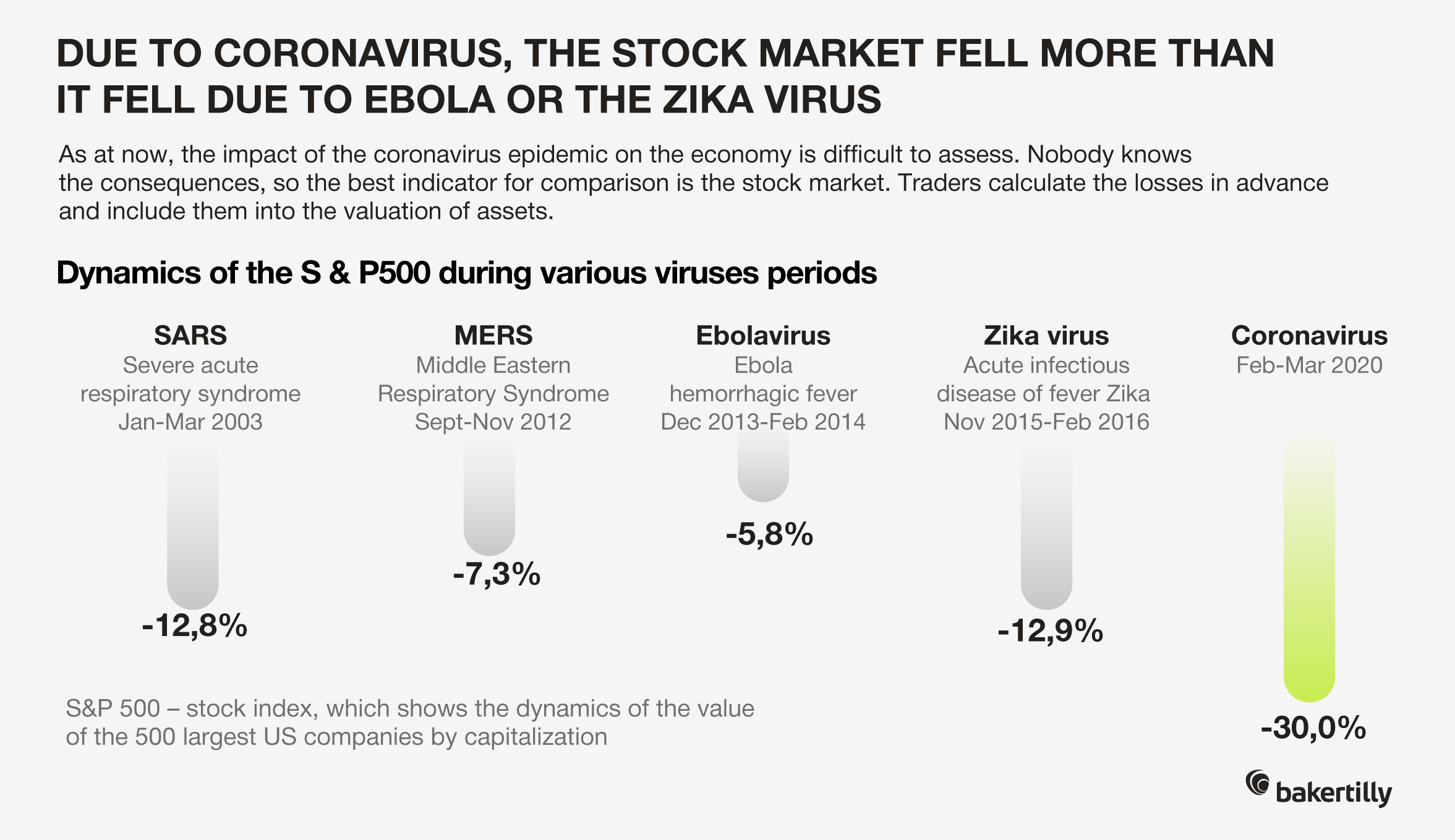 Due to the fact that there is almost no investments  in Ukraine (FDI were $ 767 per capita before the crisis), we slightly dependent on the stock markets. We have another weakness. We export metal and wheat – raw materials whose prices fall during the economic crisis.

At this time, it is impossible to predict exactly how much will be shed. The forecasts, that were before the start of the epidemic and at the beginning of the epidemic,  are significantly different from the actual data. 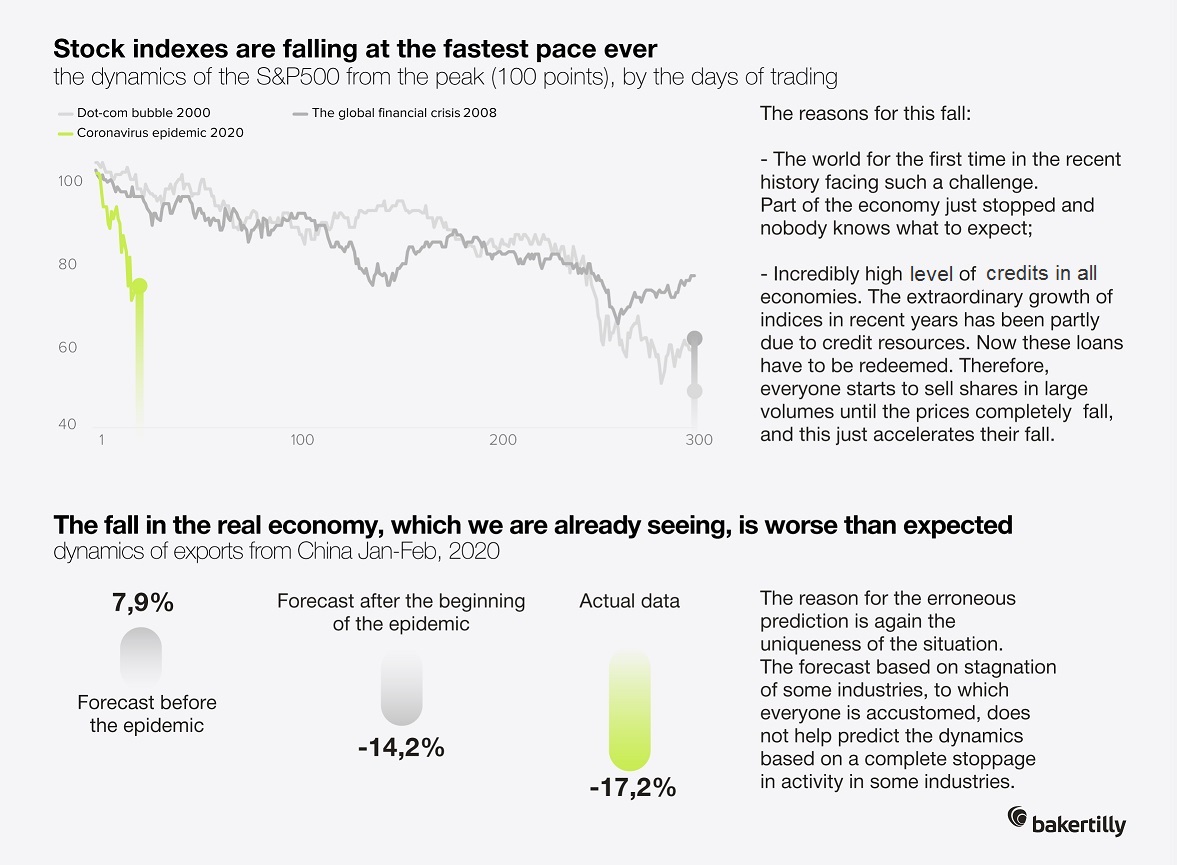 Although the stock market behaves in a typical way: it drowns itself. Everyone is trying to dump the stocks until they are quite cheap, which makes them cheaper.

But the governments of the countries have to find radically new ways of stimulating the economy. For example, the USA plans to send $1,000 checks to most adult Americans  to reduce the effects of quarantine and stimulate consumption. It may be a controversial decision, but at the same time it is unprecedented for the country.

The economy of all countries of the world is interconnected, so falling demand in one country causes a fall in production in another

In turn, the fall in production causes a fall in demand – due to lower incomes and lower consumption. And so everything moves downwards in a spiral. So far, even negative scenarios show that the economy of the world will grow, but very slowly. The US and Europe will almost stand still, but China will continue to grow, though it will slow down. Ukraine’s GDP will fall by 4-9%, depending on the timing of the quarantine.

At the same time, the crisis is a new opportunity for those who can quickly re-orient themselves and understand what people need now and what will be needed after quarantine is completed. Online services, tools that help you work remotely, educational courses and delivery services are gaining ground. Also at any time people need to eat, dress themselves and dress their children.

Both, people and companies will think about how to reduce costs and optimize their operations, how to find risks and avoid them. Therefore, financial advice will also be in demand.

So entrepreneurs should look for ways to reorient themselves, enter the new market, create new online products, and arrange for offline delivery.

The Ukrainian government is also not leaving business and trying to help, in particular by introducing fiscal and credit benefits. But we are still facing a very big fall, which could reach the level of the crisis in 2015.